It’s embarrassing that this is a website has the words PLAY and LEARN and is a website for parents about child development and I have not yet written about Jean Piaget.  My apologies. 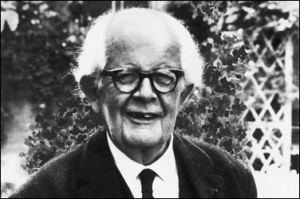 Piaget studied how children’s minds work and develop and he is most known for his stages of cognitive development. Below I have described very basic points of Piaget’s Theory of Cognitive Development (how children learn).  Note that research has found that in some instances, young children can master concepts in higher stages than Piaget originally thought, but his stages still provide a good example of how children’s cognitive capabilities differ in general.

Here is a website that also provides examples of how each of these concepts can be tested with children.

Filed under All Kids, Uncategorized