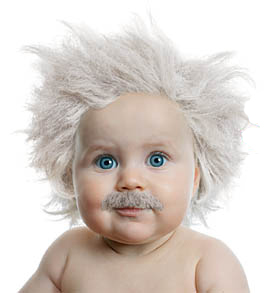 I seem to be travelling a lot these days and whenever I travel I end up meeting people.  Just the other day when I was “travelling” home from work (also known as commuting) a guy was waiting for the train and asked me if I was a graduate student.  I explained that  I finished graduate school and our conversation continued, as it frequently does, with me explaining that I wrote my dissertation on how toddlers learn from media.  “Oh, like Baby Einstein?” the man on the train platform asked.  Yes, like how kids learn from Baby Einstein (but I really looked at how toddlers learn from Elmo).  It’s funny, a version of this conversation has happened with almost every person I have sat next to over the past 5 years.  I’ve been on planes home from Singapore, buses to New York City, ferries to Cape Cod, and even on a motorcycle in Cambodia.  It seems that no matter where I am, when I tell people what I study almost everyone can relate and almost everyone has a question or an anecdote about their kid watching TV or their friend’s kid who doesn’t.  And just about every single person asks a variation of the same question.  “Well, what about ‘baby videos’?  Should I be showing them to my kid?”

This question, and answering it every time, played an active role in my starting this website.  Originally I was thinking of calling this website, “ThingsI’mAskedOnAPlane.com”  And to be honest, I’m sure a lot of what will drive this blog will be based on the great questions that parents, nannies, teachers, researchers, uncles, and grandpas have asked in the past.

So What about baby videos? Well, like almost everything in our lives that we want a “yes/no” answer to, the answer to the question is, “we still are not exactly sure”.  But the good news is we are getting there.  And the short answer is baby videos and media products for babies are probably a lot like cookies – you don’t want to only feed your kids cookies, but a cookie every once in a while is not going to kill them either.

So what do we know?

First, we do know that for preschool-aged children quality educational television, like Sesame Street,  Dora the Explorer, and Blue’s Clues have been associated with positive outcomes for children (both during the preschool years and even through high school!).  This is discussed in Malcolm Galdwell’s book Tipping Point: How Little Things Can Make a Big Difference as well as in multiple academic journal articles.

The question that has arisen since the creation of Baby Einstein and Teletubbies in the late 1990’s is: What is the impact of “baby videos” on our babies?

The American Academy of Pediatrics (AAP) (yes, this is the group that tells your pediatricians what they should be telling you) recommended about a decade ago  (in 1999) that children under age 2 not watch any screen media and children older than 2 should be limited to 2 hours of screen time a day.  Just this fall the AAP updated their recommendation but  maintained that parents should still try to avoid TV and video viewing for children under 2.

Social Scientists are also very interested in this question and have now conducted dozens of studies in order to understand how/if infants and toddlers can learn from a screen like their preschool-aged siblings. I could write forever about these findings (or I could just upload my dissertation) but I won’t, I’ll keep it as brief as possible.  Early research found that children under age 2 learned better when an adult demonstrated an activity in front of the child in “real-life” than when they saw a video-taped version of the exact same demonstration.  Other studies have found that younger infants (around age 6 months) might actually learn equally well from an adult in real life as from a video, but that as they get older they need to see the video repeatedly in order to learn the task as well as they learn from an adult in real life.    More recent research is beginning to understand what types of factors may help young children learn from video and screen presentations.  Factors like seeing the video repeatedly, slowing down the presentation of the material, making the videos feel like they are interactive (sort of the way that Dora from Dora the Explorer stops and speaks to the audience), and using familiar characters to perform the tasks on the screen (like a mother or Elmo), seem to help young children learn material from a screen.

Unfortunately, most of the research that demonstrates ways in which young kids can learn from screens never makes it to the public.  The newspapers and reporters love to grab on to scary titles about media: “TV Really Might Cause Autism” “It’s Official: TV Linked to Attention Deficit”  Recently Time Magazine came out with a great article discussing the actual study that was reported in the “TV Really Might Cause Autism” article.  Time Magazine discussed that among other problems with the study TV watching was never measured in the study!

So my advice, is to make sure you think twice when you read any news article reporting about a research study.  Ask your pediatrician about media use with your young babies and do some research on your own as well.  There are great scientific and child development resources on the Internet these days that can help you to understand what the science says.  Also, Lisa Guernsey did a lot of the work for parents and came out with a great book called Into the Minds of Babes: How Screen Time Effects Children from Birth to Age Five and summarizes the research that has been done in this area. Finally, remember that sitting with your child and talking about whatever you are doing, whether you are playing with blocks or watching Sesame Street is a good way to help your child get the most out of each and every one of their experiences.